The Grammar of Inevitability; Or, Why TED Speakers Write Like Undergraduates 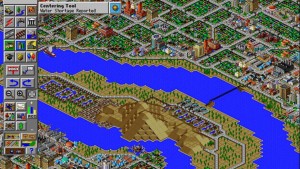 I have always distrusted TED Talks.  They masquerade as scholarship for the masses, when they are in fact pretty much the exact opposite of scholarship.  They radically simplify rather than embrace complexity.  They rush towards answers without stopping to consider questions.  They reflect, or even celebrate, the conventional wisdom of their day, rather than questioning or even contextualizing it.  They may be the lyceums or chautauquas of the 21st century, but at least in the 19th century, sometimes you got to go swimming or sailing in between doses of packaged platitudes.

But that’s a beef to be fully explored another day.  Today’s complaint was provoked by this piece, which came across my social media feed this morning, as I’m in the midst of reading final essays and exams.  This TED author, Parag Khanna, has a tick to his writing that very common among TED authors and presenters, and also amongst the neophyte undergraduate writers in my courses.  He attributes human agency and human feelings to geographical and political abstractions.  My students are always writing “America did thus and such,” and “society frowned upon such and thus;” and in a similar vein, Khanna claimed, “Cities want to be part of global value chains.  They want to be part of this global division of labor.  That is how cities think.”  These remarkable “thinking cities” grow and change; after all, “[c]ities are learning from each other.”  Remarkable indeed that geographical and political abstractions have become sentient enough to desire, to think, to learn … and to wholeheartedly embrace global capitalism.
This may seem like a minor grammatical quibble, a microquestion of sentence structure that misses the big points that a “leading global strategist, world traveler, and best-selling author” is trying to contemplate.  And perhaps it is.  But I contend that for Khanna … like for my students … the attribution of agency and emotion to nonhuman abstractions is in fact a lazy intellectual shortcut, a way of describing change and assessing causation that ducks the hard questions of human motivation.  When my students attribute thoughts and actions to “America” or “society,” they are relieving themselves of the hard work of saying who was thinking/doing/desiring, and why those historical actors might have thought/acted/desired the way they did.  In other words, they avoid doing the actual work of historical analysis.  Similarly, when Khanna writes that want/think/learn, he is ducking the critical question of who in these megacities is wanting/thinking/learning, and why.  Do cities really “want to be part of global value chains,” or does somebody in those cities want them to be, for their own personal purposes?  Khanna’s talk not only doesn’t provide an answer; the way he writes doesn’t even ask the question.
It is this sense of disembodied agency that in part gives the TED Talk its characteristic sense of of omniscience and inevitability.  It also gives them their characteristic moral obtuseness, in which soaring narratives of global techno-revolution are rarely examined for their complex effects on the actual lives of real people.  It also makes them, stylistically and intellectually, the equivalent of the papers I receive every semester from undergraduates.  The difference is, undergraduates get meaningful feedback, and if they want to, they learn to avoid such intellectual crutches and to truly analyze and contextualize.
Category: Historian in the World /