I Couldn’t Have Said It Any Better Myself 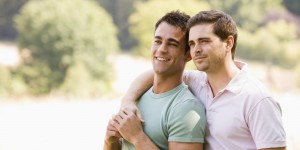 The look like they need a tax break, don’t they?

With the latest news out of the Sixth Circuit in Cincinnati, the march towards a national resolution of the gay marriage question has hit a roadblock.  By a 2-1 majority, a 3-judge panel of the 6th circuit upheld gay marriage bans in Kentucky, Michigan, Ohio, and Tennessee.  In doing so, they have bucked the recent national trend in which all circuit court-level decisions have found in favor of gay marriage.  I have mixed feelings about this development.  On the one hand, it creates a split between the circuits, which makes it much more likely that the Supreme Court will take up the issue and settle it once and for all.  On the other hand, I don’t like anything that messes with the the sense of inevitability that the recent string of decisions has created, because despite the marriage triumphalism of my recent post, I don’t trust the Supreme Court to get this issue right.  In fact, I don’t trust this Supreme Court to get anything right, after the past few years of largely disastrous rulings.

But there is one thing that gives me hope, which is an extension of the gay-marriage-is-liberal-feel-good-magic-sauce argument from my last post on the subject.  I was struggling to articulate this elusive basis for my optimism, when I read a comment by a man named Christopher Nelson on Charlie Pierce’s excellent political blog.  He expressed my sentiments better than I could:

I’m cautiously optimistic about this opinion. I have come to the conclusion that Kennedy votes based on whether rich white guys are inconvenienced. Any rich white guys. Since some rich white guys are also gay, Kennedy will help the bros out. If that helps the rest of us, well you can’t make an oligarchy without occasionally having benefits trickle down.

Hats off to you, Christopher Nelson, whoever you are.  I literally couldn’t say it better myself.

An honorable mention goes to Judge Martha Daughtrey, whose blistering dissent in the case compares the majority decision to a TED Talk, thereby goring two oxen that really, really deserve it.  Nicely played.