Lacrimosa; Or, What I’m Scared Of 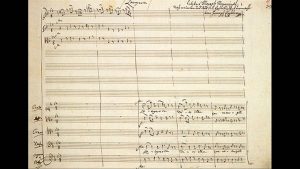 Mournfully be that day
On which from ashes shall arise
The guilty man to be judged.

Today is a tough day.  I am stunned, sad, and scared. Stunned because I didn’t see this coming; I thought we were better than this.  Sad because today is terrible and destructive and needs to be mourned (Mozart: Requiem is on heavy rotation today). And scared because I really don’t know what come next.  Thinking back to the 2000 election, I remember being stunned, sad, and scared, but it was a different kind of fear.  Back then I was scared because I knew exactly what George W. Bush would do as President, and it terrified me.  This is different, because I have no idea what Trump will do as President.  So I decided to write out my fears on the theory that naming the monster under the bed makes it less scary.

And now I’m going to take a break from the media, for a day, or two, or seven, or three million.