Tag Archive for Landscape of Slavery 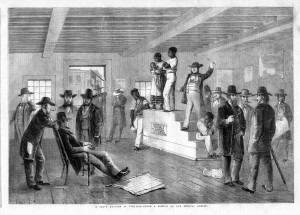 The early Americanist internet exploded last night with the news that The Economist had given a negative review to Ed Baptist’s magisterial new book, The Half Has Never Been Told: Slavery and the Making of American Capitalism.  The shocking part is that the main criticism of the book is that “Mr Baptist has not written an objective history of slavery. Almost all the blacks in his book are victims, almost all the whites villains. This is not history; it is advocacy.”  Although this is the most damning quote, the whole review is pretty breathtaking; the anonymous reviewer’s main complaint seems to be that Baptist failed to consider the possibility that maybe slaves were treated well because “Slave owners surely had a vested interest in keeping their ‘hands’ ever fitter and stronger to pick more cotton. Some of the rise in productivity could have come from better treatment.”  Despite the fact that all existing evidence argues against this hypothesis, the reviewer seems to think that there might be some magical never-before-seen document that Baptist could have consulted to somehow show that this was the case.  The review was withdrawn today, thankfully, amid much speculation about what could have caused The Economist to publish it in the first place. END_OF_DOCUMENT_TOKEN_TO_BE_REPLACED 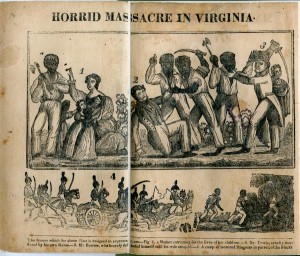 Today the Fourth Circuit in Richmond denied the Prince William County Clerk Michele McQuigg’s request that they stay their decision finding Virginia’s gay marriage ban unconstitutional.  This is obviously great and welcome news, not least because the Family Foundation of Virginia thinks it will be a disaster.  (Pretty much anything they think will be a disaster is by definition a good thing.)  Their president, Victoria Cobb, said of the decision, “It’s shocking that the 4th Circuit has introduced chaos to Virginia.”  So gay marriage advocates are the ones introducing historic chaos to Virginia?  My dear Ms. Cobb, Nat Turner would like to have a word with you.  That is all I have to say about Victoria Cobb and the Family Foundation of Virginia. 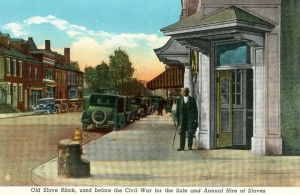 This recent post by Julia Ott, a historian of capitalism at the New School, articulates forcefully a point that can’t be repeated enough: in a very real sense, slaves were the capital that made the emergence of capitalism possible.  Or, as she puts it, “slave-capital proved indispensable to the emergence of industrial capitalism and to the ascent of the United States as a global economic power.  Indeed, the violent dispossession of racialized chattel slaves from their labor, their bodies, and their families — not the enclosure of the commons identified by Karl Marx — set capitalism in motion and sustained capital accumulation for three centuries.” END_OF_DOCUMENT_TOKEN_TO_BE_REPLACED 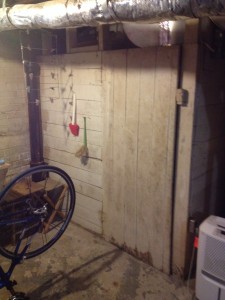 My two recent posts on Carter’s Grove and Beverly Wellford’s physician/slave insurance office have gotten me thinking about the experience of inhabiting historic landscapes of slavery as a modern historian and general Yankee.  This past weekend, I had another direct encounter with a landscape, not of slavery, but of early 20th century Jim Crow.  This final encounter suggested to me that I should make “Landscapes of Slavery” a regular (if occasional) feature on my blog.  As transplanted Yankee living below the Mason-Dixon, the remnants of the South’s history of racialized labor relations fascinates me, and I’ll take care to document them as I encounter them in daily life. END_OF_DOCUMENT_TOKEN_TO_BE_REPLACED 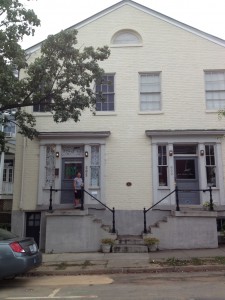 In my last post on Carter’s Grove, I found myself imaging what it would be like to inhabit a landscape so thoroughly imbued with slavery.  This train of thought led to my wondering about Fredericksburg’s landscape of slavery.  Slavery is an obvious presence in the fabric of Fredericksburg’s colonial and antebellum streetscape, with the Auction Block being only the most obvious example.  But I have also inhabited that landscape in a direct and personal way.  This is a first in a series of posts about my first-person encounters with the ghosts of slavery in Fredericksburg. END_OF_DOCUMENT_TOKEN_TO_BE_REPLACED 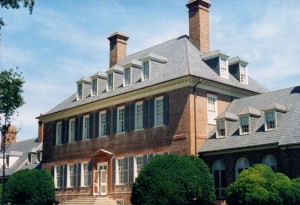 Does anyone want to give me $15 million?  All I found under the couch this morning was a dime.  I ask because Carter’s Grove, a plantation built on the James River just below Williamsburg in early 1750s for the descendants of Robert ‘King’ Carter, has come on the market.  I have been developing a more personal interest in historic Virginia architecture recently, as all the cuts on my fingers from noodling around in the guts of an 1839 clockmaker and silversmith’s shop can attest.  Seems like Carter’s Grove would be a nice step up from a modest artisan’s workshop and residence on Caroline Street. END_OF_DOCUMENT_TOKEN_TO_BE_REPLACED