The embodiment of the naturalization of capitalism.

My scholarly interests all related, in different ways, to what I have termed the “naturalization of capitalism” during the long nineteenth century.  By “naturalization of capitalism” I mean the interconnected social, economic, and cultural processes by which capitalism became established as the true, obvious, organic, natural system for organizing the economic relationships of human beings, especially in the United States.  As historians, anthropologists, and economists well know, capitalism is in fact contingent; it is one among many ways of structuring economic life, and it arose in particular times and places as a result of particular human configurations.  However, capitalism’s historical specificity is not now, and has not been, commonly accepted wisdom.  Both nineteenth-century and contemporary discourse portray capitalism as the inevitable outcome of human nature, and in the narrower U.S. context, as the ultimate fulfillment of American nationality.  My work seeks to  explain the processes by which a contingent economic ideology became accepted as natural.

This project shares much in common with the emerging scholarly project known as the “cultural history of capitalism.”  Scholars who organize their work around that theme seek to explore capitalism’s embeddedness in culture, as well as capitalism’s effects on culture.  My work represents a specific but critical part of that scholarly agenda.  I also situate my work in the long tradition of historically-minded critics of capitalism although I’m a measured critic, seeing as how I benefit from capitalism on a daily basis, as well. 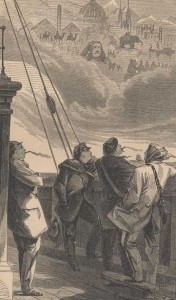 My first and project is a cultural history of the origins of tourism in the United States.  My book, Selling the Sights: The Invention of the Tourist in American Culture traces the emergence of “tourism” and “the tourist” in American culture in the first half of the nineteenth century.  This cultural category was produced by changes in the print culture of geographical knowledge, in the changing experiences of the technologies and business practices of transportation, and in the pressing need for cultural elites to articulate a critical relationship to these developments.  In turn, this cultural category produced a set of durable dichotomies between “traveler” and “tourist” that shape experiences of travel and leisure to this day.  Early national tourism was one of the central sites at which the processes of commodification inherent in emergent capitalism were applied to experiences, not just things, and as a result the practices of tourism can show us how the commodified relationships of capitalism became naturalized as part of the practice of everyday life.  For more of my work on tourism, see: 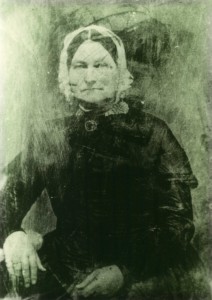 My second project is a history of the Loomis Gang, a highly organized group of horse thieves that operated out of central New York State for much of the nineteenth century.  During the peak of their power, in the 1850s and the 1860s, the Loomis Gang stole, processed, redistributed, and sold horses from Pennsylvania into Ontario and from New England into Ohio.  Although clearly a criminal organization, the Loomis Gang used many of the pioneering organizational techniques of nineteenth-century big business, including dividing territory, monitoring and manipulating local markets, and investing heavily in the control of local and statewide politicians in order to influence public policy.  They also articulated their sense of economic morality in distinctly nineteenth-century laissez-faire terms; they celebrated risk-takers and economic dominators, they valued profit above all else, and mostly, they wanted to be left alone.  Considering the Loomis Gang in the context of their neighbors and contemporaries shows the arbitrary nature of the boundaries drawn around legitimate and illegitimate business practices by the promoters of the market economy.  This project is ongoing, as I trace local memories of the Loomis Gang into the twentieth and twenty-first centuries, but for my existing work on them, see: